Use of commercial drones opens up new opportunities for insurers

The growth of the commercial drone market is increasing demand for specialist insurance, a law firm has said. 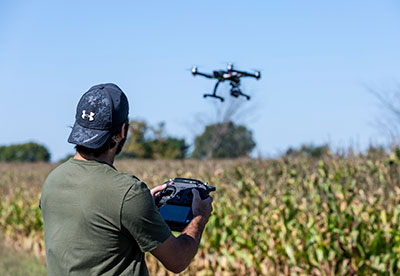 Reynolds Porter Chamberlain (RCP) reported that in 2015 there were 1,971 commercial operators approved by the Civil Aviation Authority (CAA) to use drones, compared to just one in 2014. Between January and April this year alone, an additional 551 operators were approved.

"Drone insurance may quickly move from being a niche product if current growth can be sustained," the firm said.

Traditional public liability policies are "not best equipped" to deal with specific risks associated with commercial drone usage and many insurers are excluding the technology from their general policies, according to the law firm.

It added the sectors which may require cover could be media, photographers, property surveyors and engineers, energy and rail companies for power line maintenance, farmers for crop surveys and construction support companies.

However, RPC said insurance companies were treating the market 'carefully' due to limited experience in claims and a number of risks involved.

The law firm warned there could be physical property risks, as users would seek coverage for accidental damage claims.

RPC said: "Although many commercial drones are small and light, the potential danger of an out of control drone is not yet known."

Another risk involves personal injury, which the firm said "could be extensive". It confirmed that the CAA had strict rules for the drone use in public areas to reduce injuries, but if the rules were breached insurers might not cover resulting accidents.

The law firm also outlined breaches of privacy and regulatory investigations as risks, because any misuse of drones could result in an investigation by the CAA, the Health and Safety Executive or the police.

RPC's legal director Philip Tansley said: "Major issues do remain to be resolved for insurers - such as the extent of the risk that drones have to commercial aircraft and the liabilities arising from drone use.

"However, with traditional insurance policies now specifically looking to reduce or completely exclude drone coverage there is a clear marketing opportunity for specialist cover."

Earlier this year the Chartered Institute of Insurance outlined recommendations for the safer use of drones after one collided with a British Airways plane.