Bad cholesterol levels do not affect life expectancy amongst the elderly, research shows

High level of low-density-lipoprotein (LDL) cholesterol, also known as bad cholesterol, is not associated with premature deaths in the elderly, according to a paper. 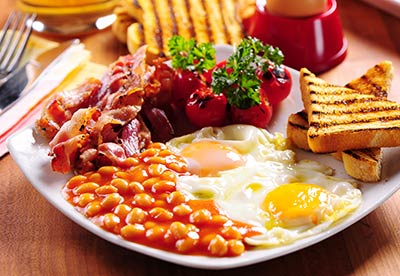 Based on reviews on 19 studies with more than 68,000 people aged 60 and over, researchers said none of them found that high LDL was associated with heart disease or the risk of people dying earlier.

The study, published in BMJ Open, added that 92% of those with high cholesterol level lived longer than those with low LDL. As for the rest, no difference on longevity was found.

Lead author Uffe Ravnskov, also spokesman for The International Network of Cholesterol Skeptics, said: "We didn't find any study having shown that high LDL-cholesterol is a risk factor for elderly people."

Co-author Malcolm Kendrick explained this was because "there is no mechanism to allow LDL to cause heart diseases".

The researchers are calling for a re-evaluation of guidelines for reducing LDL in the elderly.

However, the British Heart Foundation did not agree with the findings as many more factors determine overall health as people age, making the impact of high cholesterol levels less easy to detect.

Jeremy Pearson, the charity's associate medical director, said: "In contrast, the evidence from large clinical trials demonstrates very clearly that lowering LDL cholesterol reduces our risk of death overall and from heart attacks and strokes, regardless of age.

"There is nothing in the current paper to support the authors' suggestions that the studies they reviewed cast doubt on the idea that LDL cholesterol is a major cause of heart disease or that guidelines on LDL reduction in the elderly need re-evaluating."

This article appeared in our June 2016 issue of The Actuary.
Click here to view this issue
Filed in
06
Topics
Health care