Secondary annuity 'a soft market to start with', conference told

A group of panelists in a discussion has predicted a secondary annuity market will have potentially more sellers than buyers when it is being rolled out in April next year. 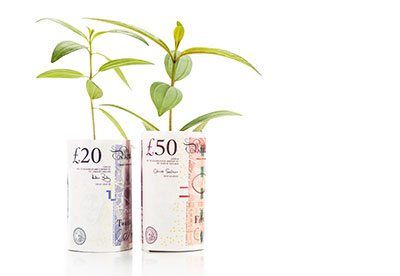 Tom McPhail, head of pensions research at Hargreaves Lansdown, said the overall market would be "pretty small", because of the complexity in trading existing annuities.

Speaking at The Future of Life & Pensions conference in London, organised by business media firm Marketforce, he said: "It's definitely not as straight forward as the primary annuity market."

McPhail was referring to the challenges around consumers' risks outlined by David Geale, director of policy, strategy and competition division at the Financial Conduct Authority (FCA).

Geale presented a number of potential risks such as people running out of income in their retirement, challenges of assessing value for money and vulnerability.

He said: "Will they sell their annuity to pay off debt?"

Geale also raised concerns about conflict of interests between brokers and buyers and the possibility of demand not meeting supply, with only a small poll of buyers interested in purchasing annuities.

McPhail admitted he was 'sceptical' about the numbers provided by the FCA regarding the size of the market.

Geale estimated in the first two years of the rollout, there would be nine advisers and brokers and 10 direct buyers interested in buying existing annuities.

In the third year, the figures are projected to fall to six advisers and brokers and seven direct buyers.

John Lawson, pensions policy director at Aviva, agreed that it would be "quite a soft market to start with".

"Think of some of the underwriting costs and put all these customers through the system. You start with 500,000 at one end and end up with 75,000 who actually make a deal at the other end," he said.

Lawson stated that all these charges had to be factored in, adding: "All those costs and sub-costs are paid by the end customer. We may find in the early days that some customers do not find a fantastic deal."

The FCA is currently developing steps for the regulation of the market and conducting a number of proposals, such as brokers' disclosure of charges and the quotation format to be standardised.

He said: "Without intermediation customers get poor value. So it's very important that the FCA recognise this and say that intermediation will be crucial in this market which is absolutely key in driving competition".

Another measure to address better consumer protection was to mandate a default step to Pension Wise, which Lowe considered 'crucial'.

"Pension Wise has the opportunity to impartially to deploy the risk warnings," he said.

This article appeared in our June 2016 issue of The Actuary.
Click here to view this issue
Filed in:
06
Topics:
Life insurance