Brexit could affect gender pricing on insurance premiums and annuities

Prices of insurance products and annuities could be different for men and women in the event of a Brexit due to a possible removal of the EU Gender Directive, according to Aegon. 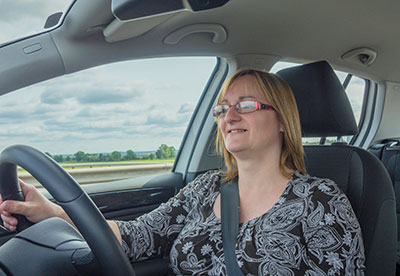 Under "gender-neutral pricing", which forms part of the directive, insurers across the EU must charge the same price to men and women for the same products.

The insurer said: "This applies even if there is statistical evidence of a difference in life expectancy. In practice this means everyone gets terms somewhere in between what a man and a woman of the same age would have received had there been no gender ruling."

However, it added firms could still differentiate pricing based on other factors that affect life span such as health, smoker status and even postcode.

Aegon said men benefited from gender-neutral pricing for certain products, while women also enjoyed benefits for other types of cover.

The firm explained that before the rule was introduced in December 2012, women had cheaper life cover and car insurance than their male counterparts, but lost out on annuities.

Since women live longer than men on average, they receive annuity installments for a lower amount but for a longer period of time, according to the firm. However, with gender-neutral pricing, "women benefit from the gender ruling and men lose out".

For a secondary annuity market, which will be implemented April next year, Cameron said it was not clear if buyers would be allowed to know the gender of the annuitant and factor it in to calculate their price offer.

Aegon said any buyer would want to make an accurate assessment of how long the seller might live. On their death, the buyer will stop being entitled to future payments.

The firm predicted that women could attract higher offers than men of the same age unless the gender ruling stops this.

Cameron said: "The government's intention to allow individuals to sell their annuities on a secondary annuity market from next April will create many new challenges, not least around interpreting the gender ruling.

"We need urgent clarity on whether or not those buying second-hand annuities will be allowed to offer women more than men of the same age."

In the event of a Brexit, Aegon said the UK government would have a choice to make as to whether to revert the rules, but Cameron said this would be unlikely, since the public would need to support gender-specific pricing.

He said: "The gender ruling originated in the EU. However, even if the UK voted to leave the EU, it would be highly contentious for any politician to consider reintroducing gender discrimination in any area."