The oldest and most vulnerable retirees of the British Steel pension scheme could lose more than £10,000 over the next decade, a former minister has warned. 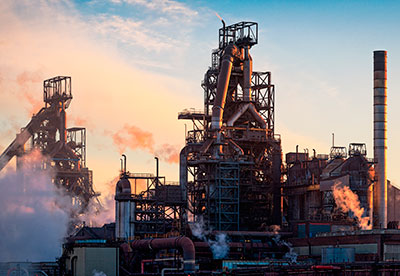 Steve Webb's comment refers to a recent consultation launched by the Department for Work and Pensions (DWP) on changing the rules of the scheme.

Under the proposal, the trustees of the scheme would be allowed to reduce inflation protection from the Retail Prices Index (RPI) to the lower measure of Consumer Prices Index (CPI), a move which the government believes would improve the scheme's funding position.

But Webb, currently director of policy at Royal London, argued the change would result in some pensioners having their pension "largely frozen".

According to the firm, the legal requirement to index all of a pension in payment only applies in respect of years of service since 1997. For service before that date, there is only a very restricted legal requirement to uprate the pension and only then for a limited period.

"This means that an older pensioner who did all of their service before 1997, and particularly before 1988, could have their pension frozen," said the life insurer.

"More generally, older pensioners who did most of their work before 1997 will see a large part of their pension frozen with only a very small annual increase."

Citing from the Office for Budget Responsibility, the firm estimated that in the long-run the RPI would generally be about 1.4% above the CPI. Assuming that CPI reverts to its Bank of England target of 2%, this suggests a long-run RPI level of 3.4%.

Adding up all of these differences over a 10-year period, the life insurer estimated this pensioner would lose more than £10,000 in total.

Widows, who make up around one third of members of the scheme, could be "particularly affected"," the firm added.

Webb criticised the document for being "far from clear" about how the change would "disproportionately affect older and more vulnerable pensioners".

"This is not simply a case of switching from one inflation measure to another," he said. "This is a big issue for the steel workers scheme, but an even bigger issue if the principle is applied to a wider group of salary-related pension schemes."

A DWP spokesman said: "We are consulting on a wide range of options for the British Steel Pension Scheme and are keen for as many people as possible to provide their views, including those who will be affected by any changes."

Webb urged the government and the scheme to make sure older workers are aware what is happening.

In March 2016, Tata announced that it needed to cut its losses in the UK and in April it launched a process to sell its UK business.

This article appeared in our June 2016 issue of The Actuary.
Click here to view this issue
Filed in:
06
Topics:
Pensions