The Pension Protection Fund (PPF) has confirmed that the members of the BHS pension schemes will be protected. 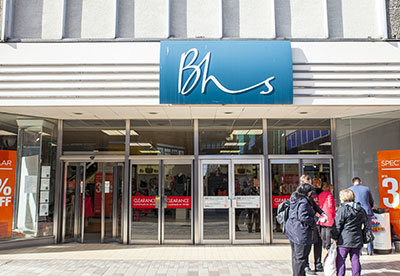 PPF's comment follows yesterday's announcement from BHS' administrator Duff & Phelps that the 88-year-old chain would be wound down.

"Despite the considerable efforts of the administrators and BHS senior management it has not been possible to agree a sale of the business," said Duff & Phelps in a statement.

"Although multiple offers were received, none were able to complete a deal due the working capital required to secure the future of the company."

BHS pension consists of two schemes: staff and senior management. The schemes are currently in a PPF assessment period, during which existing trustees are responsible for the day-to-day running of the schemes and members will continue to receive their benefits, said the PPF.

The department store went into administration on 25 April with a pension deficit of £571m, causing MPs to launch a double inquiry on the sale of BHS and its pension sustainability.

In March 2015 former BHS owner Philip Green sold the company to the consortium Retail Acquisitions Ltd (RAL) for the nominal value of £1.

So far the PPF, the Pensions Regulator, advisers and trustees have given oral evidence to the Work and Pensions Committee and the Business, Innovation and Skills Committee.

On 8 June MPs will question BHS management, the board of RAL and RAL's owner Dominic Chappell. Green has been called to appear on 15 June.

Recent company collapses such as BHS and British Steel have prompted the Work and Pensions Committee to launch an inquiry into defined benefit (DB) pensions.

Chair of the committee Frank Field said: "The state of the British Steel pension scheme is further worrying evidence of a wider danger to one of the biggest savings successes in Britain during the last century - occupational pension schemes.

"Pension law and regulation must urgently adapt to the issues of the future, rather than the problems of the past. The whole savings edifice is in danger."

Field said 11 million people had private DB pensions. More than 5,000 of the associated schemes are in a deficit of £805bn while combined surpluses of other schemes are around £4bn.

"The inquiry will consider, amongst other things, radical solutions that could be more easily implemented if real returns on capital rise again," he said.

He also confirmed the committee would respond to a consultation on British Steel pension scheme launched by the Department for Work and Pensions this week.

The consultation runs until 23 June.