Laughter at the lounge

Laughter at the lounge 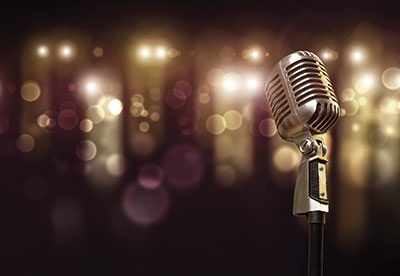 On 11 February, the student committee of The Society of Actuaries in Ireland held a comedy night in Dublin's renowned Laughter Lounge.

The sell-out event kicked off at 7.30pm, with 100 students and recent qualifiers receiving a complimentary cocktail on arrival at the city centre venue. Pre-show, the group had exclusive access to the VIP lounge, where finger food and drinks were enjoyed alongside a few games of pool.

Our host for the evening, Steve Cummins, kept the crowd entertained between acts with his borderline-controversial sense of humour. First comedian to take the stage was Patrick Murray, who many recognised from his role in crime drama series Love/Hate. Next up was Michael Mee, who had the crowd in stitches with his one-liners. Finally the headline act, Owen O'Neill, did not disappoint. Despite occupying front-row seats, we somehow managed to avoid any actuarial gibes!

After the final act, many of the students stayed for a few more drinks, availing themselves of the venue's complimentary photo booth (evidence of which can, unfortunately, be found on Laughter Lounge's Facebook page).

The student committee would like to thank all attendees as well as the staff at Laughter Lounge for providing such an enjoyable event and outstanding service on the night.

Check out our Facebook page for photos and details of our next event: www.facebook.com/StudentSocietyofActuariesIreland.
This article appeared in our June 2016 issue of The Actuary.
Click here to view this issue
Filed in
06
Also filed in
People & Social News