Brexit could be a game-changer for asset risk

Risk exposures would change radically if the UK were to leave the European Union because larger companies earnings from the EU far outweigh those from the UK.That warning has come from Old Mutual Asset Management in its report Brexit: An Analysis of Economic Exposure. 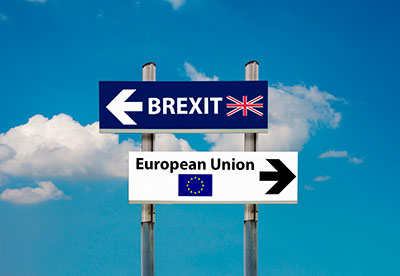 It found that some 17% of the revenue of UK-listed companies in 2015 was derived from the EU, equivalent to £350bn, while 32% came from the UK itself.

Old Mutual said pension funds and institutional investors with large exposures to these sectors should assess whether the potential volatility in future revenues after an 'out' vote would significantly alter the risk profile of their portfolio.

It noted that several of the largest companies with EU or 'rest of world' earnings far outweighing their UK revenues were major components of UK equity funds, index trackers and income funds.

This meant that asset owners must understand the resulting potential for portfolio volatility and that, should a small number of large companies relocate away from the UK as a result of an EU exit vote, "risk exposures have the potential to change significantly".

Old Mutual said that if UK gross domestic product were to weaken substantially during any post-Brexit transition period, the impact on smaller capitalisation companies could be significant because of their relative lower level of international diversification.

Longer term, more domestically oriented companies might benefit from any renewed domestic economic strength but remaining in the EU would benefit larger companies given their more significant exposure to EU markets.

Olivier Lebleu, Old Mutual Asset Management's head of international business, said: "Pension funds that are heavily exposed - directly or via UK, European and global funds - to sectors such telecoms, information technology and consumer discretionary, which are the most exposed to the EU, should assess whether the potential volatility in those firms' future revenues after an 'out' vote would significantly alter the risk profile of their overall portfolio."