The number of deafness cases has gone down possibly due to a shrinking number of eligible claimants, according to PwC. 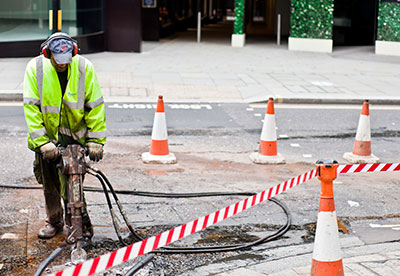 Citing figures released from the Institute and Faculty of Actuaries' UK Deafness Claims Working Party, PwC said there was a 'spike' in applications in early 2015.

Based on data provided by 12 insurers, the number of claims notified to firms in the first half of the year was 8% higher than in the same period of 2013, when there were more than 40,000 cases reported.

Gregory Overton, actuarial services director at PwC, said: "The spike in claims experienced during early 2015 was not widely foreseen by the market and many questioned whether volumes at or around the peak 2013 levels were sustainable."

However, firms experienced a significant fall in applications, with claims received in the second half of the year 26% lower than in the first half.

"The reduction was even more marked in the final three months of 2015 which saw a 35% fall compared to the levels earlier in the year," said PwC.

Overton said: "The latest figures would seem to support the view that these claims have reached the point where the pool of eligible claimants is shrinking, meaning claims volumes could continue to decrease."

"While these numbers will be welcome news to many insurers and self-insured corporates it is worth noting that many claimant firms have reengineered their processes and notifications strategies recently," he said.

"In particular a number appear to have scaled back on the volume of claims notified to insurers and are instead focusing on the more meritorious claims."

Baker believed if there was a greater focus on the quality of these applications rather than quantity, insurers should have their administrative and operational costs cut down overall.

Number of deafness claims notified to firms in 2015:

This article appeared in our May 2016 issue of The Actuary.
Click here to view this issue
Filed in:
05
Topics:
General Insurance