AXA Group will stop investing in tobacco industry assets worth 1.8bn (£1.38bn) and is urging other insurers to follow suit. 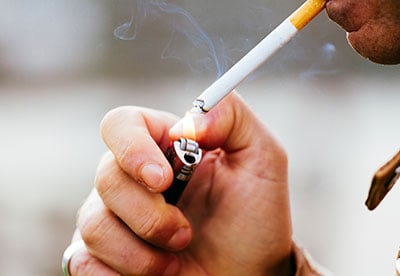 The French insurer said consumption of the product was the major cause of long term non-transmissible diseases such as cancer.

Thomas Buberl, deputy CEO and incoming CEO of AXA, said: "We strongly believe in the positive role insurance can play in society, and that insurers are part of the solution when it comes to health prevention to protect our clients.

"Hence, it makes no sense for us to continue our investments within the tobacco industry."

The firm will also stop all new investments in the industry's corporate bonds and run off its existing bond holdings, currently valued at around 1.6bn (£1.2bn).

The company said tobacco killed six million people per year and expected the figure to rise to eight million by 2030, according to the World Health organisation.

"Unless urgent action is taken to reverse this trend, tobacco will kill one billion people worldwide during the 21st century," warned the insurer. "Its cost, estimated at 2.1tr (£1.6tr) per year, equals the combined expenses of war and terrorism."

UICC's CEO Cary Adams said: "We need companies like AXA to signal that investing in an industry which kills its customers is simply the wrong thing to do; and this announcement to divest 1.8bn is a milestone step in the right direction."