A vote to leave the EU would tip Britains economy into a year-long recession, according to a report published today by the Treasury.

A vote to leave the EU would "tip Britain's economy into a year-long recession", according to a report published today by the Treasury. 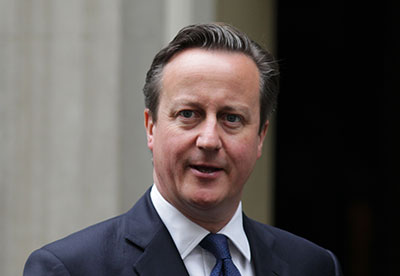 The document analysed the impact on the UK's economy over the immediate period of two years following a vote to leave using two models: a 'shock' scenario, which uses a number of "cautious assumptions"; and a more severe, worst case scenario.

Under the shock scenario, a brexit would cause at least 500,000 jobs lost and a reduction in GDP by 3.6%. Average wages would be nearly 2.8% lower and house prices would be cut by 10%.

Under the severe shock scenario, a vote to leave would lead to 800,000 job losses and a cut in GDP by 6%. Wages would be 4% lower on average and house prices would be 18% lower.

In addition, the value of the pound would drop by 15% and there would be a further increase in inflation by 2.7%. Net borrowing would go up by around £39m.

Prime minister David Cameron said: "Even in its more cautious estimate, the Treasury finds that a vote to leave the EU would cause an economic shock that would tip Britain into recession and cost at least half a million jobs.

"The pound would fall, prices in the shops would rise, and the housing market would be damaged."

Former work and pensions secretary Iain Duncan Smith, who supports a Brexit, criticised the findings and argued the Treasury had "consistently got its predictions wrong in the past".

"This Treasury document is not an honest assessment but a deeply biased view of the future and it should not be believed by anyone," he said.

"It is a fact that we hand over £350m a week to the EU. If we vote leave we can take back control of that money and use it to help people here in Britain. We will also take back control over our economy creating hundreds of thousands of new jobs as we do trade deals with growing countries in the rest of the world."

This article appeared in our May 2016 issue of The Actuary.
Click here to view this issue
Filed in
05
Topics
Modelling/software