Pharmaceutical firm Pfizer has announced it is proposing to close its defined benefit (DB) pension schemes for its staff in Ireland from 2018. 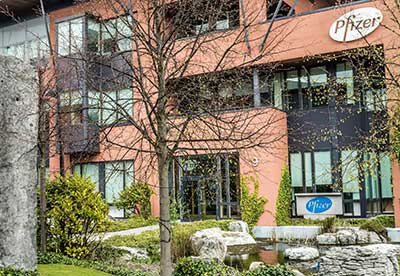 Under the proposal, 1,000 workers based in the Ringaskiddy, Little Island and Dublin sites, and working in shared services, manufacturing and commercial operations will be moved to a defined contribution (DC) scheme.

A spokeswoman said: "This change is part of a global initiative as the environment for DB plans has become very challenging due to the increasing cost and volatility of these types of pension plans.

"In Ireland, the cost to the company of funding these non-contributory schemes has tripled between 2012 and 2014 and these increases are not sustainable."

The Services Industrial Professional and Technical Union (SIPTU) argued Pfizer's DB scheme was not in deficit.

SIPTU's sector organizer Alan O'Leary said: "SIPTU and our members have not agreed to the closure of the defined benefit scheme and as per the most recent actuarial report the scheme is not in deficit."

The case has been escalated to the Labour Court, who have recommended talks between the parties on Pfizer's management position to close the scheme.

The union will be consulting with its members on the contents of the recommendation.

The pharmaceutical company currently employs 3,200 people in Ireland. The remaining 2,200 employees are already in DC schemes and these are not affected.

"This proposal does not affect deferred members or pensioners," Pfizer's spokeswoman added.

This article appeared in our May 2016 issue of The Actuary.
Click here to view this issue
Filed in
05
Topics
Global