Lack of diversified portfolios ranks as number one investment mistake

A failure to properly diversify portfolios is considered one of the top investment mistakes for individuals, according to consultancy deVere Group. 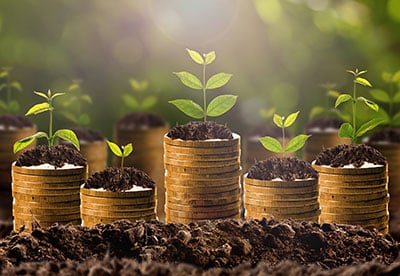 This is based on 27% out of 652 international clients of the firm who have assets worth more than £1m.

The deVere Group's CEO Nigel Green said: "Having a well-diversified portfolio across asset classes, sectors and regions means you are best-placed to mitigate risks and best-placed to take advantage of important opportunities."

A slightly smaller proportion of respondents (23%) said not having started investing earlier was another mistake, while one in five cited focusing on the short term.

"Alternatively, they may sell an investment if it drops in the short term, meaning that they would then miss out on it potentially growing steadily in the longer term with increasing returns," he added.

Green pointed out investing in equities was seen as one of the best methods of gaining returns over time.

"Stock market performance is fairly predictable over the longer term - they usually go up. For this reason, investing in equities is recognised globally as one of the optimum ways to accumulate wealth over long periods," he said.

Some 15% admitted they had been "too emotional" over investments. Green argued that decisions based on pure emotions such as fear, greed, or the desire to follow the crowd, amongst others, could be 'disastrous'.

"Making decisions based on heartfelt emotions and loyalty are admirable traits in most parts of life - but not when it comes to investing. Objectivity is key."

Not having enough cash in reserve was another error highlighted by 8% of investors, while the remaining 7% did not respond.

Green said: "It is always advisable to have some cash at the ready and be prepared to use it should a clear trend and/or opportunity present it itself."

At a recent conference organised by Spence and Partners, head of investment Simon Cohen said diversified growth funds - which invest in a variety of asset classes - “significantly underperformed” over the past five years.