The recent wildfire taking place in Canada could be the costliest natural disaster in the countrys history, according to AIR Worldwide. 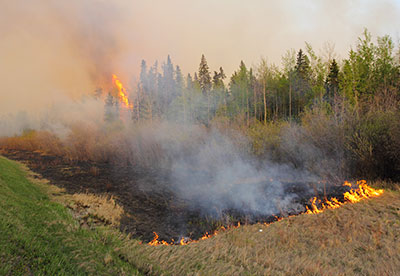 The catastrophe risk modeling firm estimated insured losses to be between C$4.4bn (£2.3bn) and C$9bn (£4.8bn), although it warned officials were still in the early stages of assessing the damage.

The wildfire began southwest of Fort McMurray, Alberta, on 1 May. The firm said it spread 'rapidly' through forest, "quickly outpacing" local firefighters' capacity to contain it.

A total of more than 2,400 structures have been lost as a result of the fire, which is around 10% of the total number of buildings in Fort McMurray. A mandatory evacuation notice and a state of local emergency were issued on 15 May for the Municipal District of Greenview.

Rating agency S&P Global agreed that the disaster had the potential to be the costliest catastrophic event in Canadian history.

According to its report Fort McMurray Wildfire May Prove Costliest Ever For Canadian Property And Casualty Insurers, rating profiles of firms are unlikely to be affected, as most of them are "nationally diversified companies", some of which are part of large multinationals.

The report added, however, that insurers with a smaller premium base and more concentrated or outsize exposure to Alberta "could face some strain and their ratings may come under pressure".

The agency believed reinsurers could take up to half of industry losses, adding: "The event, in our opinion, would likely continue to reinforce the trend of rate increases, particularly for insured risks in Alberta more than other provinces.

"However, we are unlikely to see any impact on the pricing within the global reinsurance sector, which is currently facing soft market conditions."

This article appeared in our May 2016 issue of The Actuary.
Click here to view this issue
Filed in
05
Topics
Environment