The cost of an average combined buildings and contents home insurance policy was £310 in the first quarter of the year, according to the Association of British Insurers (ABI). 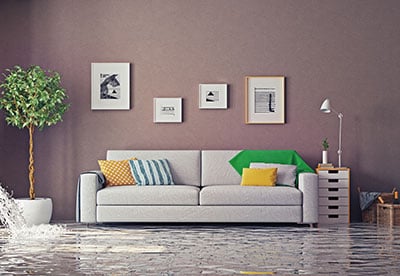 The organisation describes the figure as the lowest since 2012, when it began collecting the data.

The amount was down £4 on the previous quarter, and unchanged from the same quarter in 2015.

Traditionally home insurance premiums fall in the first quarter, according to the professional body. However, it noticed an overall reduction despite a series of floods last December and earlier this year which led to firms dealing with nearly 10,000 claims, as well as the introduction of the increased rate of insurance premium tax at 9.5% in November.

The average buildings only policy cost £255, while cover for contents was priced at £136 on average. Both were "virtually unchanged" from the previous quarter.

In March the UK government announced further raises in tax of 0.5% from October this year in order to fund investment in flood defences.

Dalton argued there should not be further tax increases, adding: "For competitive home insurance deals to continue, it is imperative that there are no further government increases to insurance premium tax.

"As well as a roof over their heads, for most people their home is their biggest asset, so any moves that would further increase the cost of home insurance must be avoided."

This article appeared in our May 2016 issue of The Actuary.
Click here to view this issue
Filed in:
05
Topics:
General Insurance
Share