Transport assets give 'most positive performance' in infrastructure investment

Transport and related projects have been rated as the sectors that have performed particularly well, according to a report by Deloitte. 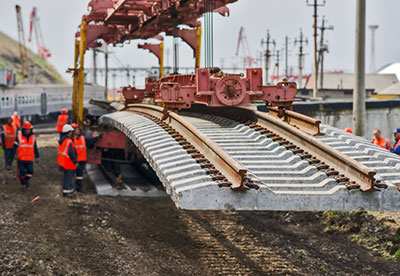 Based on a survey of 25 investors, the European Infrastructure Investors Survey 2016 found projects such as ports, rail and metro had proved the strongest. Infrastructure services and telecoms assets were also among the best sectors.

The report said no sectors were identified as "performing particularly poorly", but outcomes in renewables were described as 'erratic'. More than 40% of respondents indicated these had done well but over 20% noticed a poor performance.

"This erratic picture [] might be driven by the relatively short lifespan of the asset class and the continuing changes in the regulatory frameworks of renewables that has severely impacted returns in some jurisdictions," said Deloitte in the survey.

In general, 92% state their infrastructure investments have proved resilient over the past five years, while the remaining 8% call the performance mixed.

However, investors have cut their targets of internal rate of return, a method of evaluating the attractiveness of a project or investment.

The firm said: "This reduction has primarily been driven by the increase in the price of new assets as a result of the greater competition in the bidding process created by the increasing number of direct investors in the market."

When it comes to investors' worries, political and regulatory risks were the biggest concerns when considering whether to invest. Nearly four in 10 (38%) cited political risk, while a slightly lower proportion opted for regulatory risk.

Investors perceived regulatory risk to be highest in Iberia, Italy and the UK, with much lower perceptions of risk in Benelux, France and Germany.

"We expect this to continue through a period of more steady evolution in the infrastructure investors' market over the years to come," he added.

This article appeared in our May 2016 issue of The Actuary.
Click here to view this issue
Filed in:
05
Topics:
Global