The UK government is urging businesses to protect themselves after a survey revealed 65% of large companies detected a cyber attack in the past year. 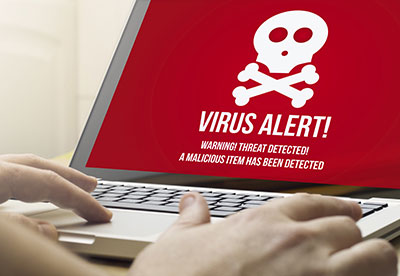 Commissioned by the Department for Culture, Media and Sport, the study found that of those firms, one in four experienced a breach at least once a month.

Based on responses from 1,008 UK businesses, the average cost of the crime was £36,500, with the most expensive attack estimated at around £3m.

Digital economy minister Ed Vaizey said: "The UK is a world-leading digital economy and this government has made cyber security a top priority. Too many firms are losing money, data and consumer confidence with the vast number of cyber attacks."

The most common types of security breaches involve viruses, spyware or malware. The department says these could have been prevented using Cyber Essentials, a government-backed scheme to guide businesses in protecting themselves against cyber threats.

"It's absolutely crucial businesses are secure and can protect data. As a minimum companies should take action by adopting the Cyber Essentials scheme which will help them protect themselves," said Vaizey.

The findings were published alongside another survey entitled Cyber Governance Health Check, launched to understand and improve how FTSE 350 companies are managing cyber security risks.

It reports almost half of these firms consider cyber attacks as the biggest threat to their businesses compared with other key risks faced.

But only 16% have a clear view where the company's key information and data sets are shared with third parties. However, 77% are now allocating a budget specifically to protect consumer data.

Both surveys form part of the government's approach to tackling cyber crime, which will see £1.9bn invested over the next five years.

This article appeared in our May 2016 issue of The Actuary.
Click here to view this issue
Filed in:
05
Topics:
Risk & ERM