The Australian government has announced it is to link the objective of the countrys private pensions system with retirement income under a standalone Act. 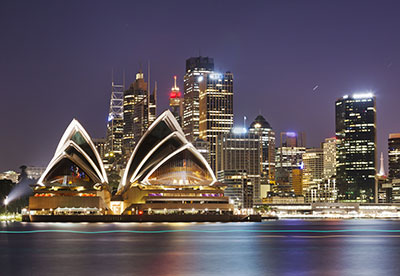 The country's Treasury said it wanted to build a "more sustainable superannuation system" for an ageing population.

Kelly O'Dwyer, minister for small business and assistant treasurer, said the government would "enshrine in law that the objective for superannuation is to provide income in retirement" to substitute or supplement its state pension.

Similar to the UK's auto-enrolment scheme, under superannuation employers pay a proportion on top of workers' contributions into a fund, but minimum provisions are compulsory for employees.

Australia is also planning to introduce measures to improve the effectiveness of the tax system as a whole for those who need incentives to save.

Stephen Lowe, group communications director at Just Retirement, said: "Both the UK and Australia share the same problem of how to build a sustainable pension system for an ageing population but the proposed solutions are looking very different."

He claimed the UK uses a "multi tool" approach, which sees pensions as "many things to many people".

"That clarity of objective is very different to here where the link between pensions and retirement income is being blurred by reforms allowing lump sum withdrawals from age 55 and the new Lifetime ISA," he said.

However, he agreed that both countries were enhancing "flexibility and choice" which reflects more responsibility is being placed on savers with less reliance on the government.

He also stated Australia was "years ahead" of the UK in terms of auto-enrolment, which means pension pots tend to be much bigger over there.

"Yet the Australian government is still worried people are missing out on income and are vulnerable to running out of money in old age," he added.

"That is why it is taking such a big step to put retirement income at the centre of its private pension policy, promoting solutions to tackle longevity risk and reducing the extent pensions can be used for tax minimisation and estate planning purposes."

This article appeared in our May 2016 issue of The Actuary.
Click here to view this issue
Filed in:
05
Topics:
Global