Four in 10 happy to share health data with insurers

Four out of 10 customers would consider tracking and sharing their health and fitness data to get a more accurate premium, according a survey commissioned by Deloitte. 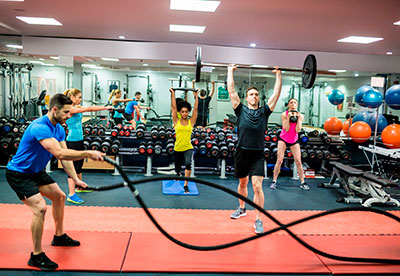 Based on responses from 654 UK health insurance policyholders, the advisory firm says of those aged 25 to 44, 46% would share their data, while only 40% of the over 55s would do so.

Conducted by YouGov, the study also reports that nearly half (49%) would give their insurer more of their data if it meant they'd get a discount on their cover.

He says: "Some insurers use the data produced by wearables to offer personalised health insurance policies to an individual and, in some cases, provide bonuses like cheaper gym memberships, free movie tickets and travel perks, if a person increases their exercise."

Rush notes that there are more than five million people in the UK who have private health insurance, paying £3.6bn in premiums a year, according to the Association of British Insurers.

"Once tech-savvy millennials grow up and the practice of linking insurance to wearables becomes mainstream, insurers could see a spike in these types of policies," he adds.

Of those who didn't want to use technology to track their health, half said it was because of cyber concerns.

But Rush argues wearable technologies can potentially save people money on their policies and urges insurance firms to address the issue.

"Insurers need to explain in simple, everyday language how their data is stored, used and protected from cyber threats," he says. "Insurers that address these issues will be the wearable winners."