Differences in lifespans between the rich and the poor in the UK have widened for the first time in the past 150 years, according to a report. 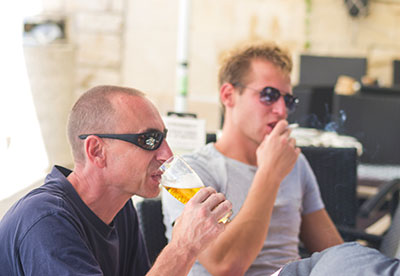 Research from Cass Business School and the International Longevity Centre-UK (ILC-UK) reveals people in general are living longer than ever, but argues lifestyle choices are the main causes of the gap between the highest and the lowest socio-economic groups.

Based on data from the Human Mortality Database, researchers measured the differences in age between the youngest 10% of adult deaths and the oldest 5%.

The report found that in the first half of the 20th century the gap steadily reduced due to better housing, clean water supply, improved sanitation, the discovery of antibiotics and reductions in air pollution and poverty.

After 1950, there were general rises in life expectancy but professor at Cass Business School Les Mayhew said inequalities in lifespan "persisted rather than narrowing further", because poorer men are the "most likely to make damaging lifestyle choices".

Mayhew said: "The research blames the widening disparity on poor lifestyle choices rather than ambient risks which were prevalent in the first half of the 20th century. Key among these lifestyle choices are smoking, drinking and poor diet - choices that are more likely to be made by the poorest in society."

ILC-UK chief executive Sally Greengross described the trend as "particularly worrying" and argued policymakers "must do more" to narrow the gap again.

"Preventing inequalities in ill health and disability must be a priority for policy action," she said.