Drivers need to understand their responsibilities when automated cars are nearby, the Association of British Insurers (ABI) will warn at a conference today. 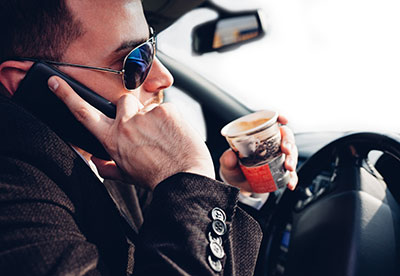 The organisation believes driverless cars will reduce congestion and crashes but does not rule out the possibility that accidents could be caused by motorists thinking the technology is so advanced that they stop paying attention to the road.

ABI director of general insurance policy James Dalton said: "The growth in features like automatic braking and lane assistance systems may give drivers a false sense of security that they can relax while their car looks after them."

The technology will be implemented in stages. From 2018 regulations are expected to allow cars to drive themselves on motorways.

However, fully automated vehicles are only likely to be on the roads sometime after 2021, according to the ABI. The cars will be able to complete whole sections of a journey under their own control and should be able to respond safely, without driver intervention, in an emergency.

Dalton said: "Unless a vehicle is fully automated and able to respond appropriately in an emergency, drivers still have to be ready to take back control at a moment's notice."

Earlier this year the ABI, technology centre Thatcham Research and a group of insurance companies formed the Automated Driving Insurer Group to discuss issues relating to automated driving such as insurance and liability.

Thatcham Research chief executive Peter Shaw said in the meantime we should "do everything possible to minimise the risk of crashes".

"The danger is that as technology develops, and drivers become more confident, they will start to use it in conditions it has not been designed for," he said.

"Our clear message is that until 2021, drivers need to stay on the ball and observe the rules of the road."

This article appeared in our May 2016 issue of The Actuary.
Click here to view this issue
Filed in
05
Topics
General Insurance