Churchill unveils drivers' excuses for not having car insurance

Motorists who are caught without cover use a range of excuses to avoid being prosecuted, according to Churchill Car Insurance. 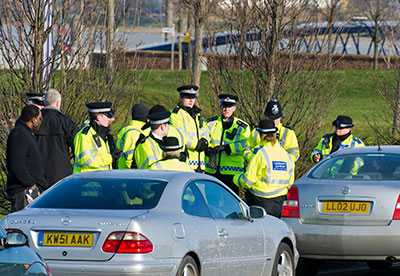 Based on responses from 25 retired traffic police officers, the defenses used by the uninsured include "the car drives perfectly well without it" and "it was my husband's car. He is dead but he is still insured".

The firm said one motorist who was driving a Lamborghini claimed they were covered on a third-party extension of their insurance policy for a Nissan Micra. However, when investigated this was 'wholly insufficient'.

Four in 10 (38%) ex-police officers believed the main reason drivers did not have car insurance was that they were unaware they were not insured. Another reason was these motorists had poor administrative capabilities when it came to renewing their policy, as cited by 33% of respondents. More than one in eight (13%) believed they had deliberately driven without cover, attributing the offence "purely to criminal behaviours".

Steve Barrett, head of car insurance at Churchill, said: "While some of the excuses given for uninsured driving might raise a smile, it's a serious offence that can often hit the pockets of motorists who comply with the law.

"If someone is prepared to run the risk of being caught driving uninsured, then it makes you wonder what other risks they're prepared to take on the road".

A quarter of former traffic officers reported a problem with international drivers not understanding UK insurance laws, such as not knowing the driver had to be named on the policy.

Almost three quarters (72%) said in an emergency situation the decision to penalise was at the officer's discretion. More than a third (36%) identified "a partner giving birth" as a situation where they would not penalise the uninsured driver.

Barrett stressed the need for education about the risks of driving without insurance, adding: "Many motorists claim ignorance as an excuse, but it is up to everyone getting behind the wheel to make sure they are protected, as it is the driver's responsibility to know the laws."

This article appeared in our April 2016 issue of The Actuary.
Click here to view this issue
Filed in
04
Topics
General Insurance