General insurance firms are resilient against events that affect the market, according to a stress test conducted by the Prudential Regulation Authority (PRA). 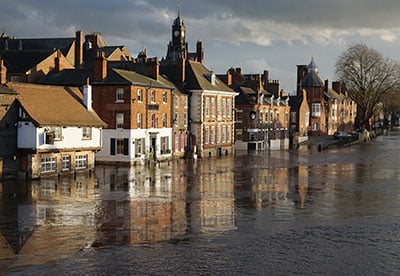 In a letter to CEOs of firms who took part in the test, Chris Moulder, the PRA's general insurance director, said this was at an aggregate level of the sample, with "only a handful" of insurers likely to breach solvency capital requirement.

The stress test was carried out for 26 company groups across 39 legal entities. A total of 11 test scenarios across three design types were considered.

Five of the test scenarios were market-wide, which could impact a number of firms simultaneously. They were: European windstorm and flood; US hurricane; synchronized terrorism; motor liability and economic shock.

The scenario with the largest impact was economic shock, as insurers could lose up to 17% of basic own funds in such event.

The result also highlighted "significant reliance" on reinsurance but recovery was "well-diversified".

Around 30% of expected recoveries for European windstorm and flood stress were ceded to reinsurers. For US hurricanes the percentage was 20%. For terrorism, UK government-backed Pool Re was expected to be liable for around 65% of recoveries.

The PRA noticed these firms interpreted the potential impact on their business in "fundamentally different ways". Therefore, there is "no broad comparability between insurers" at this stage.

"The varying responses illustrate the difficulties in defining and assessing scenarios for which the industry has yet to adopt common and universally understood terminology or a common framework to capture exposure," said Moulder in the letter.

The final two scenarios were by definition firm specific, requesting them to identify their extreme scenarios, and the scenario that would make their business plans unviable.

The PRA said the results would help develop future stress tests, with the next likely to be in 2017.

This article appeared in our April 2016 issue of The Actuary.
Click here to view this issue
Filed in
04
Topics
Reinsurance