Fewer than one in five likely to cash in their annuity, says IFoA

While most pensioners are aware of the UK governments plans for a secondary annuity market, only 18% are likely to take advantage, according to a study commissioned by the Institute and Faculty of Actuaries (IFoA). 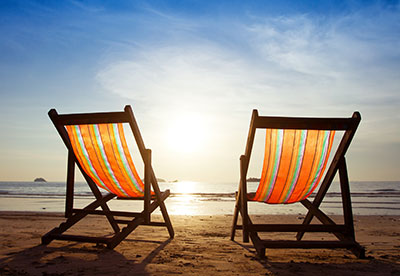 In a survey of UK 2,017 annuity holders aged 55 and over, 66% of respondents knew about the opportunity of selling their guaranteed income in exchange for a lump sum, which will come into force in April 2017.

However, two thirds (68%) reported they were unlikely to cash in, while the remaining 14% said they did not know.

Fiona Morrison, president of the IFoA, said there was a "high level of awareness of the government's plans" but added: "While many reported that the plans in principle were a good idea, few actually reported wanting to take advantage of it themselves."

If it were possible to make a sale, 55% indicated they did not know what to do with the lump sum they received. Morrison warned of the risk of people running out of their savings as a result of inadequate preparation of retirement planning.

"People tend to underestimate how long they will live. This, coupled with the fact that people reported not having a clear idea of what to do with the lump sum they would receive from cashing in their annuity, means it is crucial for adequate consumer protection to be put in place," she said.

"There is a real risk that many people could run out of money in retirement and end up falling back on the government for support."

Respondents expected to receive on average 94% of the value of their annuity as a lump sum if they were to make a deal. Market pricing has yet to be established, but the IFoA said this amount could be "significantly in excess" of the offers made by potential buyers.

The research also revealed 54% would seek financial advice if they were to sell their policies. However, the average amount they were willing to spend was £162, which could be "well below" the cost of such service.

Morrison said there could be "unrealistic expectations" on the amount pensioners would receive from cashing in and how much they were prepared to pay for advice.

She added: "Many of those who are most interested in cashing in their annuity are also the most likely to try and organise the sale themselves, rather than get a financial advisor to organise quotations for them. This could create the possibility of mis-selling."

Her comments follow the announcement of two separate consultations on tax and regulation of the market launched by the HMRC and the Financial Conduct Authority last week.

This article appeared in our April 2016 issue of The Actuary.
Click here to view this issue
Filed in:
04
Topics:
Life insurance