Cold callers will no longer be able to hide or disguise their numbers following new rules to crack down on nuisance calls. 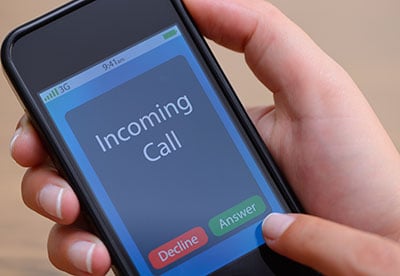 According to Neville Rolfe, minister responsible for data protections, direct marketing companies registered in the UK will need to display their phone numbers when making unsolicited calls, even if their centres are based abroad.

The move is an amendment to existing legislation, where changes will take place from 16 May.

The change follows news that a substantial number of fines totalling £895,000 have been issued by the Information Commissioner’s Office (ICO).

Rolfe said: "We're sending a clear message to rogue direct marketing companies. Nuisance calls are unacceptable and we will not hesitate to take action against the companies behind them."

The UK government said companies could risk fines of up to £2m from Ofcom and a further £500,000 from the ICO if they continued to "bombard consumers with unwanted calls".

ICO head of enforcement Steve Eckersley said: "We do investigate unscrupulous companies who hide their identities, and we can track them down, but it certainly makes our job more difficult.

"And when people are able to identify the number behind the call they've received, they're more likely to complain to us and that means we're more able to take action."

Commenting on the move, Richard Lloyd, executive director at Which?, said: "This is another important victory in the fight against nuisance calls. With marketing firms now being forced to display their numbers when making calls, it will make it much easier for people to report them and enforcement action to be taken when companies break the law."

Earlier this year the Ministry of Justice proposed placing restrictions on the level of fees that claims management companies (CMCs) could earn, and said some of these firms were pursuing a "high level of speculative claims and nuisance calls" to consumers.

Ben Howarth, policy adviser for motor and liability at the Association of British Insurers, said: "This is great news for millions of people who will appreciate tougher regulation of firms who bombard them with nuisance calls and texts, including those CMCs who drive up the costs of motor insurance by encouraging frivolous and exaggerated personal injury claims.

"CMCs continue to fuel a compensation culture through nuisance calls, misleading adverts and high charges. Tougher regulation should ensure that honest customers do not end up footing the bill for the activities of the rogue firms."