The Pensions Regulator (TPR) and the Pensions Protection Fund (PPF) are assessing the impact on the BHS pension scheme after the retailer filed for administration today. 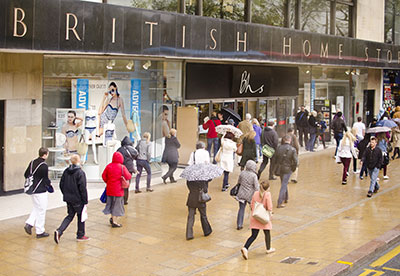 The scheme currently has more than 20,000 policyholders. Latest figures found it had a deficit of £571m.

A TPR spokesman said: "We can confirm that we are undertaking an investigation into the BHS pension scheme to determine whether it would be appropriate to use our anti-avoidance powers.

"Such cases are complex. There is a clear process that must be followed and this can sometimes take a considerable amount of time. We are unable to provide a running commentary on case investigations, or confirm the targets of our investigation.

"When it becomes appropriate to do so we will consider issuing a report of our activities in this case. Reports on our case activities, which are published under Section 89 of the Pensions Act 2004, are available to view on our website."

Last month, the department store went into a company voluntary arrangement (CVA), a form of insolvency process. In a letter sent out to members, the pension scheme said the CVA meant no further contributions would be paid in to the scheme.

Malcolm Weir, head of restructuring and insolvency at the PPF, said: "Following the BHS CVA last month we had been in discussions to find a solution that was in the best interests of the pension schemes and the company.

"However following the BHS announcement that it has filed for administration the PPF will now work with the Pensions Regulator and other parties to secure the best outcome for the pension schemes. Members can be assured they are protected."

The giant retailer was established in 1928, with 164 stores throughout the UK and 74 franchise stores across 18 countries.

The company became part of business tycoon Philip Green's Arcadia Group in 2009. On 12 March 2015 Green sold BHS to the consortium Retail Acquisitions Ltd for the nominal value of £1.