Insurers face up to $850m of losses from Ecuador earthquake 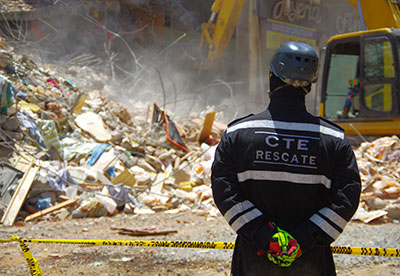 The country is still evaluating the casualties and widespread losses that resulted from the magnitude 7.8 earthquake.

Citing from the Ecuador's Secretariat for Risk Management, AIR Worldwide said 570 had been killed and more than 4,600 injured.

More than 1,100 buildings had been destroyed and over 800 damaged. Other impacts include lack of running water, power, and communications systems, as well as damage to highways and bridges. An airport in Manta was closed.

Arash Nasseri, senior engineer at AIR Worldwide explained the region experienced some of the largest earthquakes in the world.

"Seismic hazard in Ecuador is driven primarily by the Nazca subduction zone, which is located just offshore of western South America," he said.

Therefore, the firm warned there could be "considerable uncertainty". Total economic losses are expected to be "much higher" than insurers' payout.

The findings were published just before another earthquake hit the country today.

The US Geological Survey rated it at magnitude six. So far no immediate damage has been reported.