Brokers must set out charges up front under second-hand annuities, FCA suggests

Brokers and adviser-broker firms will be required to disclose their charges up-front, in writing, and agree them with the seller, rather than being paid potentially variable commissions set by buyers. 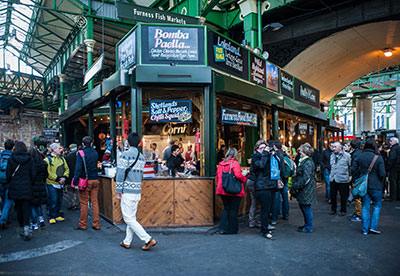 This is one of the suggestions set out in a consultation on proposed rules and guidance for a secondary annuity market, published today by the Financial Conduct Authority (FCA).

In order to help consumers judge the value of their annuity income, the regulator recommended that buyers and brokers be required to present their offer alongside the 'replacement cost', if it were to be bought new on the open market.

"In this way a seller will have a sense of the difference between what they are being offered for their income, and what it would cost to replace it," said the FCA in the paper.

Among other proposed rules, the FCA said firms should give potential sellers risk warnings and recommend that they seek regulated financial advice or guidance from Pension Wise. Firms will also be required to recommend that sellers shop around.

Additionally, annuity providers can only cover 'reasonable costs' when charging to facilitate a transaction.

Christopher Woolard, director of strategy and competition at the FCA, said: "Opening up this market extends the government's pensions reforms to those who have already bought annuities, however, there are potential risks involved for consumers and we recognise that some consumers may be particularly vulnerable.

"We have set out proposed rules and guidance today that will help ensure that consumers have an appropriate degree of protection should they decide to sell their annuity income."

Yvonne Braun, director of policy for long-term savings and protection at the Association of British Insurers, agreed that consumers in this market were more likely to be vulnerable than in other markets.

However she added: "There are still outstanding issues to work through in a limited timeframe, including what 'appropriate advice' will look like, what is expected of providers, and how we can work with the government to ensure that the maximum number of people under the advice threshold take up guidance."

The paper follows another published the HM Revenue & Customs yesterday, which estimated 300,000 pensioners would choose to sell their annuities.

The FCA consultation is open until 21 June.

This article appeared in our April 2016 issue of The Actuary.
Click here to view this issue
Filed in:
04
Topics:
Regulation Standards