The Pensions Regulator (TPR) is calling on trustees to prepare for changes in their annual defined contribution (DC) scheme return or risk being fined for failing to comply with the law. 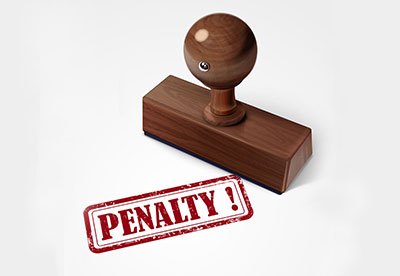 Schemes are now required to provide information about how they comply with the requirements, including charge controls and scheme governance.

TPR has begun advising trustees about the changes so they can plan in advance and produce a checklist guide for them. In addition, the regulator will be sending out revised scheme returns from July this year.

Andrew Warwick-Thompson, executive director of regulatory policy at TPR said: "We are supporting trustees in numerous ways including new web guidance and news-by-email to help them understand how to complete the new scheme return in order to demonstrate they are meeting new governance standards.

"They must now identify the scheme's chair and confirm that they have completed a chair's statement."

Last month the regulator said scheme return completion rates had fallen for the second year running, down 18% from January 2014 to December 2015. TPR is writing to a number of trustees who are in breach of the law to warn them to complete their 2015 scheme return or risk facing a fine.

Meanwhile, it has also published its new corporate plan with top 10 priorities for the period up to 2019. Among them was to protect consumers from "poorly governed master trusts".

The regulator has concerns about the governance and administration of particular master trusts. These relate to issues regarding the skills and experience of trustees and managers and the sustainability of their business models.

TPR will work with the Financial Conduct Authority (FCA) and the government to identify and address unmitigated risks to members and will engage directly with any master trusts that are causing concern.

It will also continue to guide employers preparing to meet their pension duties to multi employer schemes, such as group personal pensions run by FCA-authorised providers, and master trusts that have obtained master trust assurance.

Additionally, the regulator will work with the Institute of Chartered Accountants in England and Wales to develop a revised version of the assurance framework.

Chief executive Lesley Titcomb said: "Unprecedented changes to the way people save for retirement and access their pension has placed an even greater emphasis on the need to ensure people have access to the workplace pension to which they are entitled. Our corporate plan has been designed to meet this challenge."

This article appeared in our April 2016 issue of The Actuary.
Click here to view this issue
Filed in
04
Topics
Regulation Standards