Insured losses caused by an earthquake that took place in Myanmar on Wednesday will be low, given the insurance market in the region is not mature. 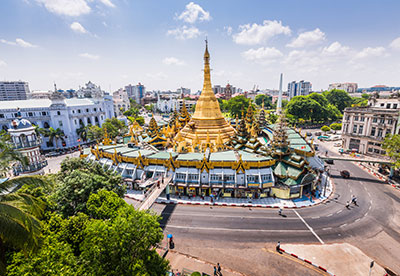 This is the initial view of Steve Bowen, associate director at Impact Forecasting, Aon Benfield's catastrophe model development team. He said the disaster would not lead to huge losses to the economy, and insurers' payout was expected to be 'minimal'.

"The event was minor from a damage perspective since the epicentre was quite deep and impacted a sparsely populated area of Myanmar," Bowen said.

"We are expecting a low economic loss, and any insured loss would be even more minimal given that there is such low insurance penetration".

According to the US Geological Survey (USGS), the earthquake took place in Mawlaik, a town in north-west of the country.

The event was rated at 6.9 magnitude. The tremor was felt in neighbouring countries such as India and Bangladesh. A total of 286 'felt' reports have been submitted to the USGS so far, 64 of which were from Dhaka, Bangladesh.

The disaster took place before another earthquake that affected southwestern Japan. According to AIR Worldwide, Japan suffered a "strong and shallow" earthquake on the Kyushu Island yesterday.

The Japanese government issued a "high-level alert" in the southern province and alerted disaster management teams. AIR Worldwide said the earthquake was followed by a series of aftershocks, but there was no risk of a tsunami.

Local press reported nine deaths and 860 injuries. However, the catastrophe modelling firm said the USGS had issued a green alert for shaking-related fatalities, indicating a low likelihood of casualties and damage.

The firm added: "Because some damage is possible but the impact relatively localised, a higher yellow alert level was issued for economic losses."

This article appeared in our April 2016 issue of The Actuary.
Click here to view this issue
Filed in:
04
Topics:
Environment