Aegon is to sell two thirds of its UK annuity book to Rothesay Life, marking the first substantial annuity transfer since the introduction of Solvency II.

Aegon is to sell two thirds of its UK annuity book to Rothesay Life, marking the "first substantial annuity transfer" since the introduction of Solvency II. 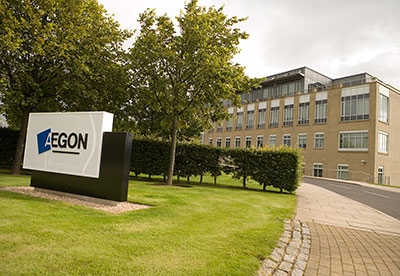 Under the terms and conditions, Aegon's UK subsidiary Scottish Equitable will transfer £6bn worth of liabilities to Rothesay Life, initially in a form of a reinsurance contract, which will cover 187,000 policyholders. This will be followed by a Part VII transfer, subject to regulatory and court approval.

Under Part VII of the Financial Services and Markets Act 2000, companies can transfer some or all of their policies to others.

Aegon estimated the reinsurance transaction would increase its Solvency II ratio to around 155%, and ultimately to 165% when the Part VII transfer is completed.

The company admitted it had "not been an active player in the UK annuity market" since 2010 and believed the deal would free up capital from non-core businesses. Aegon is also looking to divest the rest of its UK annuity portfolio.

Alex Wynaendts, CEO of Aegon, said: "We are confident that this transaction is also in the best interests of our annuity customers, as Rothesay Life is an established and respected specialist provider in the UK annuity market."

Addy Loudiadis, chief executive and founder of Rothesay Life, said: "This transaction represents a significant step for Rothesay Life taking total assets under management to over £20bn and total lives insured to over 400,000."

Fitch said that Aegon's ratings would not be unaffected by the deal.

"The transaction is in line with Aegon's strategy in the UK to focus on its investment platform rather than capital-intensive annuities, and will improve the ability of Aegon's UK operations to upstream dividends to the holding company," said the credit rating agency.

The two companies will put a migration plan in place to ensure a smooth transition for their customers.

This article appeared in our April 2016 issue of The Actuary.
Click here to view this issue
Filed in
04
Topics
Careers