Marjorie Ngwenya has today been announced as the next president-elect of the Institute and Faculty of Actuaries (IFoA). 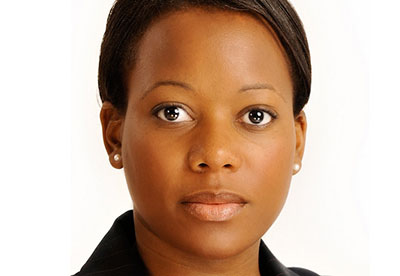 Based in South Africa, Ngwenya will take up her position in June this year, when Colin Wilson takes over from current president Fiona Morrison. Ngwenya is the first to take up the role from outside the UK. She will accede the role of president in June 2017.

Commenting on her election, Ngwenya said: "I am looking forward to continuing the important work done by those who have held the role before me, and to bringing the benefits of actuarial science to more people around the world.

"The actuarial profession is continuing to expand into new disciplines and I look forward to contributing to this impressive work to move the profession forward."

Ngwenya is currently chief risk officer at Old Mutual's African operations in Johannesburg. Prior to this she was a director at Mazars in London with experience in both consulting and reinsurance roles.

She served as editor of The Actuary magazine for three years until 2011. She is also a trustee of the Legal Resources Trust in South Africa.

Morrison said Ngwenya would bring "a wealth of experience" to the role from her years of working in insurance and risk.

Derek Cribb, CEO of the IFoA, said: "I would like to congratulate Marjorie on becoming the next president-elect and I look forward to working with her as the IFoA continues to use its innovative voice in furthering actuarial science around the world."