2015 'most lethal year' for terrorism in Europe

The year 2015 was the deadliest for terrorist violence in Europe in nearly a decade, according to Aon Risk Solutions. 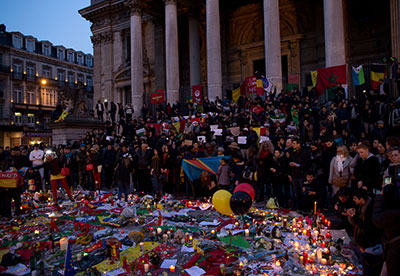 In its latest report Terrorism & Political Violence Risk Map, the firm explained that the West remained the safest in the world but terrorists increasingly targeted civilians and public gatherings in the region.

Since January 2015, 31% of all attacks in the West took place in public spaces such as transportation points, bars, restaurants and hotels.

Scott Bolton, director in crisis management at Aon Risk Solutions, urged business leaders with global footprints to adopt a "more strategic risk management approach" to limit the impact of attacks on their people, operations and assets.

He said: "Understanding how they are exposed to the peril is key to achieving this outcome."

The report, produced with risk consultancy The Risk Advisory Group, highlighted that Islamic State entered a "more aggressive phase" of mounting mass casualty attacks in 2015 and early 2016, with the US, France, Turkey and Belgium all affected.

Islamic State's activities have contributed to risk levels being sustained or increased in more than a dozen countries, the study found.

Based on assessment by Risk advisory and Aon experts, risk ratings increased in 18 nations and reduced in 13.

Henry Wilkinson, head of intelligence and analysis at The Risk Advisory Group, said: "Businesses need to be flexible and robust in how they anticipate and manage risks in the fluid world the map depicts."

"This requires actionable assessments that take both a strategic and a more detailed operational view of the markets in which they seek to thrive."

This article appeared in our April 2016 issue of The Actuary.
Click here to view this issue
Filed in
04
Topics
Global