The Thai government has been urged to tackle issues with accessing health care for the countrys older citizens, according to the World Bank. 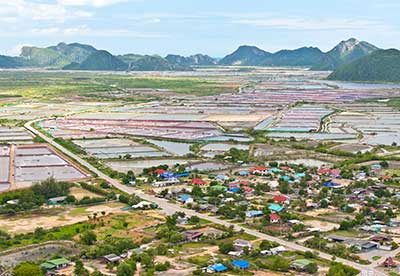 In its study, which identifies gaps of accessing Thailand's heath care system, it found the nation had a successful publicly-funded insurance programme which provided "comprehensive coverage" to all citizens.

However, the Bank argued there were "still significant gaps" with regard to non-medical costs and social support to use the services. These gaps included the lack of caretakers and affordable transportation options to access health facilities.

The report revealed this was particularly the case for poorer, older people in rural areas, who could not afford to pay for travel to these facilities when they are sick.

"Once the elderly people become dependent and need others to bring them to health facilities, the frequency of using services at health facilities generally drops. This trend is actually stronger among poor elderly, particularly those in rural areas and those who do not live with their adult children."

The Bank said in 2015, over 10% of the Thai population, (over seven million people), were 65-years-old or older. By 2040, a projected 17 million Thais above 65 years of age would account for more than a quarter of the population.

The report said the government should consider expanding the roles of local administrative organisations (LAOs) and village health volunteers (VHVs).

LAOs, which are ministerial departments that support local governments, could help promote access to health services by providing emergency vans for the community and arrange transportation.

VHVs, which consist of community health workers, could support the elderly through home visits, as well as organising physical exercise and well-being education sessions.

This article appeared in our April 2016 issue of The Actuary.
Click here to view this issue
Filed in
04
Topics
Health care