Storms and flooding in March cost the US economy $3.5bn

Severe weather conditions in the US last month caused economic losses estimated at $3.5bn (£2.5bn) with insurers facing a payout of $2bn (£1.4bn), according to a report by Impact Forecasting, Aon Benfield's catastrophe model development team. 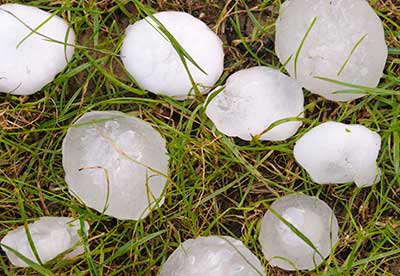 Its latest report revealed seven severe storm events affected nearly every part of the country during March, as more than 1,000 incidents of tornadoes, damaging straight-line winds and hail were recorded by the Storm Prediction Center.

Texas was the hardest hit region after consecutive weeks of "greater than golf ball-sized hail" took place in the Dallas-Fort Worth metro area. Insured losses in the state alone were estimated at more than $1.1bn (£782m).

Impact Forecasting also said the most damaging severe thunderstorm and flooding in at least a decade took place across the United Arab Emirates (UAE) and Oman on 9 March.

Its report noted significant flood and wind damage to homes, businesses and vehicles in many cities and villages, including Dubai and Abu Dhabi.

Adam Podlaha, head of Impact Forecasting, said: "The March heavy rain and flood event in the Middle East is a reminder of the risks that these types of perils can bring to areas with an arid climate."

Other notable disasters included a winter storm in Canada, which led to accumulating snow, ice and freezing rain in parts of Ontario and Quebec, costing the economy CAD130m (£70m).

Impact Forecasting said the storm, which particularly affected the UK and Scandinavia, caused widespread damage. Additional impacts were noted in parts of France, Germany and the Netherlands. Total economic losses were estimated to reach more than $100m (£71m).