The life span in England and Wales for men fell by 0.2 years and for women by 0.3 between 2014 and 2015, according to the Office for National Statistics (ONS). 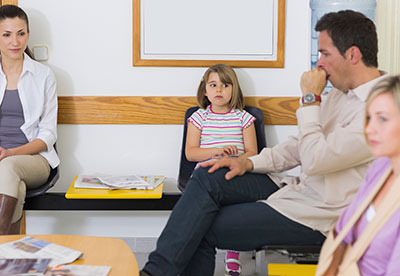 Based on analysis supported by Public Health England, the ONS said men could expect to live for 79.3 years and women for 82.9 years if mortality rates remained the same as they were in 2015.

The fall in life span was mostly due to an increase in deaths that coincided with a peak in flu activity for the 2014/15 season, which took place in the first three months of 2015.

Claudia Wells, head of mortality analysis at ONS, said deaths with an underlying cause of dementia or Alzheimer's, and respiratory diseases such as flu and pneumonia were responsible for the higher death total of people aged 75 and over in winter 2014/15.

She said: "The majority of the increase in deaths in 2015 happened during the first few months of the year, coinciding with an increase in hospital admissions for flu and reports of numerous outbreaks of the virus in care homes. Respiratory diseases, such as flu, were also mentioned in a third of deaths from dementia and Alzheimer's last year".

John Newton, chief knowledge officer at Public Health England, said: "A range of factors can push up the number of deaths in older people in a particular year. An outbreak of flu can have a big impact, especially on those who are most vulnerable or experiencing other illnesses, such as dementia.

"An increase in deaths will generally lead to a decrease in life expectancy that year, but we have seen these annual fluctuations before and the overall trend has remained positive".

These figures are based on a provisional extract of deaths and population figures for 2015 taken from the ONS principal population projections. Final mortality data will be released in summer this year.

This article appeared in our April 2016 issue of The Actuary.
Click here to view this issue
Filed in:
04
Topics:
Health care