As new state pension goes live, 75% of young people set to lose out

The new state pension has come into force today, but three quarters of people in their twenties may lose out on average £19,000 over the course of their retirement, according to the Pensions Policy Institute (PPI). 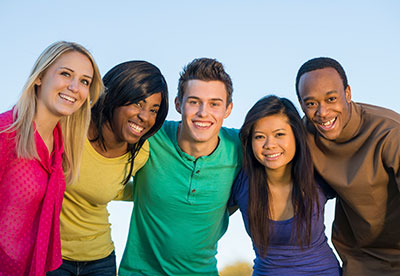 The think tank said this was the equivalent of 6.3 million out of 8.4 million twenty-somethings in the UK. In addition, the remaining 2.1 million would gain £10,000 on average.

In a study commissioned by the BBC, the PPI also predicted around two thirds of those in their thirties would lose on average £17,000, while the remaining people of this age group were expected to gain £10,000.

This was due to the loss of the second state pension, the think tank explained. Under the old system, savers would receive the basic amount of state pension, plus an additional amount, also called SERPS (state earnings-related pension scheme), or S2P. The PPI said over time, people might have been entitled to a more generous amount.

The new income is set at a flat rate of £155.65 per week. In order to get the full rate, people need a minimum of 35 qualifying years of national insurance contributions. At least 10 years are required in order to receive a proportionately lowered amount.

Chris Curry, PPI director, said as well as simplifying the system, the change "also significantly reduces the cost of state pensions in the future".

He said: "While the majority of millennials will see a notional loss of state pension income as a result of the introduction of the new state pension they will benefit from greater clarity about what that income will be."

The Department for Work and Pensions (DWP) said the new system was simpler and would address issues with inequality. In a previous study, the DWP claimed 75% of women and 70% of men were set to gain over the first 15 years of the implementation of the new system.

In response to the PPI research, a spokeswoman at the DWP said: "It's misleading to look at the new state pension in isolation. The truth is that by bringing in automatic enrolment into workplace pensions more young people will have the opportunity to save than ever before.

"Already around six million people have been enrolled - many for the first time - and this combined with a simpler new state pension will help ensure that young people have a more financially secure retirement."

Last week the Work and Pensions Committee found more than half of pensioners would get less than the full rate in the first year of the rollout. Only 13% of retirees would receive the full amount while 32% would get more.