Birmingham capital for 'crash for cash'

Birmingham has the highest number of motor fraudulent claims, according to Aviva. 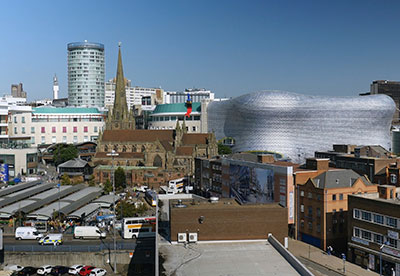 East London had a "rapid growth" for crash for cash incidents, making it the third worst area in the UK, despite not appearing within the top 10 locations the previous year. Coventry and Oldham, also new entrants, came 9th and 10th respectively.

Manchester, Slough and Uxbridge, which appeared in the 2014 list, dropped out of the top 10 ranking.

"Manchester has long been associated with crash for cash, and its absence is good news for local motorists," Aviva said.

The figures include both induced accidents, where fraudsters deliberately target innocent drivers in order to claim whiplash compensation, and those that are 'staged', when two damaged cars are brought together to make it look like an accident.

Induced accidents reduced by 2% from 2014, while staged ones fell by 40%. Aviva said this was due to tougher fraud prevention tools at the point of sale.

But motor fraud remains the largest type of scam detected by the firm, representing 60% of all claims with a value of £58m.

Tom Gardiner, head of fraud at Aviva, said: "Crash for cash does not just push up premiums for genuine customers, it puts innocent motorists at risk.

"Induced accidents remain a serious concern for all road users. However, as our figures show, we are getting better at detecting, declining and prosecuting these claims, but urgent reform is needed to remove the root cause of the problem, which is easy access to compensation and profits."