Getting crazy at the quiz

On 4 February, 184 actuaries met up to fight it out for the title SIAS Pub Quiz Champions 2016. 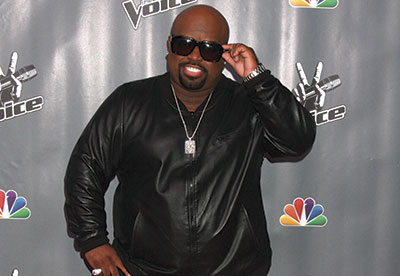 On 4 February, 184 actuaries met up to fight it out for the title SIAS Pub Quiz Champions 2016.

QuizQuizQuiz (QQQ) provided a superb array of questions, once again setting up the night to be the tightly fought battle of the intellects that we've seen in previous years. Notable questions ranged from expecting us to recognise Gnarls Barkley's Crazy from a single note (not to boast, but I actually got this one) to setting the whole room air-typing on imaginary keyboards trying to figure out which keys had bumps.

As Max from QQQ read out the results, starting with the wooden-spooners Yager Bombers, champion-hopefuls were biting their fingernails in anticipation. The overconfident Millipedia had their dreams of glory crushed as they bottomed out at 23rd - one above their imaginatively named colleagues Milliman 2 - despite getting 72% of the answers correct. When he reached the 19th team and scores were already at 75%, tensions were mounting, with the score differentials narrowing with every step and only six marks between first and seventh place. Fourth place was shared between Hashtag You Ain't no Quiz Team, BoE and The Last Eyre Bender, all scoring a very respectable 85% of their answers correct.

Third place was won by Glass of Milk at the Halibut with 86%, second by APR Acolytes with 87%. The winners of the coveted title - and so by definition the six cleverest actuaries in the whole of London - were Joy Hoover Division, who got an impressive 88% of the 92 questions correct.

An excellent range of suitably cheesy team names were put forward, with my personal favourites being actuarial-themed such as TyrannoSIAS Rex and TAS-Manian Devils. The winners of the Best Team Name (which we can't actually include in this article for reasons of politeness) were awarded the excellent prize of several bags of Maoam.

Special mention should go to Barely Legal and Very Specific and Legal & General Knowledge who showed dedication to the spirit of the pub quiz, proving unwilling to admit that the night was over, and carrying on drinking in an empty bar, snacking on abandoned Maoam.

Lastly, thank you to everyone who attended - I hope you all enjoyed it as much as we did. Keep an eye on the website for details of future events, and drop us an email at [email protected] if you have any questions.
This article appeared in our April 2016 issue of The Actuary.
Click here to view this issue
Filed in
04
Also filed in
People & Social News