UK pet insurers pay out £1.8m a day in claims

Pet insurance claims cost £657m in the UK in 2015, an equivalent of £1.8m per day, according to the Association of British Insurers (ABI). 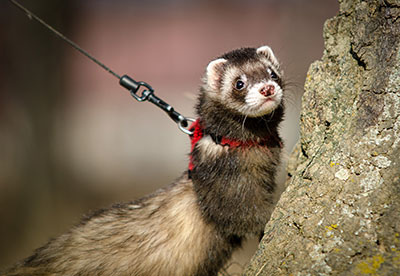 The latest figures published today found there were 911,000 cases made, 9% up from the previous year. The average cost of a claim was £720 while premiums were worth £241 on average.

However, the ABI warned most pet owners had not taken out cover, with only one in four of the nine million dog owners and one in seven of the 7.9 million cat owners thought to have pet insurance.

Mark Shepherd, general insurance manager at the ABI, said: "The record levels of claims handled by pet insurers highlights that owning a pet can be costly as well as rewarding. While it is good to see more pet policies in force, too many of the nation's pet owners still don't have any cover in place."

The ABI said some of the more unusual cases included a cat who needed treatment for injuries after falling from a fourth-floor window at a cost of £1,954.

Insurers had also dealt with a python who needed treatment for anorexia with a bill of £200 and a polecat who had a tumour removed at a cost of £333.

Shepherd added: "The cost of getting quality veterinary treatment can quickly run into thousands of pounds, particularly with a greater range of medical treatments for pets now available."