Combination of drawdown and annuity can help address longevity issues

People can benefit from hybrid plans such as a combination of annuity and drawdown to protect themselves against the financial risk of living longer than anticipated, according to a report. 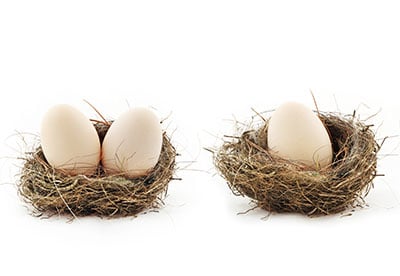 The guide, Converting Your Pension Pot into Income - How to Combine Guaranteed Income and Income Flexibility, argued this was because the policy would provide the right of guaranteed income and flexibility for those who want to take advantage of pension freedoms.

The report, produced by consultancy Retirement Intelligence and sponsored by Partnership, highlighted it would allow people to increase or decrease their income to suit their circumstances.

Billy Burrows, founder of Retirement Intelligence, said: "There is a strong case for both annuities and drawdown in the right circumstances but for most people choosing a combination of the two will provide them with the security and access to cash that they aspire to.

"Indeed, choosing to add a guaranteed income for life to their portfolio means that they are safeguarding themselves against living longer than anticipated, which, while often desirable, can mean that people face significant financial hardship in late old age."

Citing figures from the Office for National Statistics, Partnership said that while a high proportion of people believed they would spend 16-20 years as pensioners, they were "far more likely" to live longer, with 30% estimated to live for more than 30 years in retirement.

However, Partnership warned this could be a "dangerous premise" as half of the people would live longer than average.

Richard Willets, director of longevity at Partnership, said: "Most people will work a margin of error into their retirement income planning but 10 or more years is a significant period of time to make up from a finite pot of assets.

"It is vital that people ensure they have some mechanism to guard against the consequences of underestimating their own vitality."