The level of people switching pension schemes from defined benefit (DB) to defined contribution (DC) has remained low, according to a review by the Joint Forum on Actuarial Regulation (JFAR). 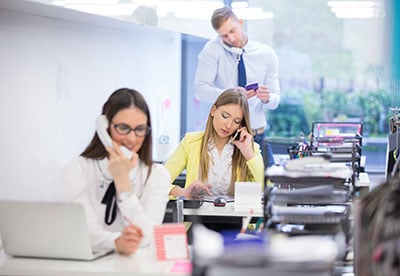 The report, which looks at the impact transfer activity has on actuarial work as a result of pension freedoms, said there was a small rise in actual transfers, but the volume was not as high as expected. Quote requests also increased.

The Financial Reporting Council (FRC), which chairs the JFAR, said the low take-up was due to the nature of transfer process, in particular, the availability of products and providers willing to accept transferred funds.

It also found the options available under the pension reforms were "wide, complex and not well understood". Additionally, the cost and availability of advice, for all transfers over £30,000, and the complexity of the process may further deter members from transferring.

In addition, some individuals who considered switching valued financial certainty and security, and felt the advantages of remaining in a DB scheme outweighed the benefits of flexibility in DC schemes.

The FRC also found some trustees were not actively promoting transfers but some employers with DB pensions recognised the opportunity to de-risk their schemes and showed interest in the freedoms.

Scheme actuaries reported an increase in work to review transfer value assumptions to ensure trustees consider the values were appropriate. In a small proportion of schemes, values were reduced due to underfunding.

In two thirds of schemes, actuaries said assumptions should be reviewed. For around 40% of schemes, advice was given on the need to review commutation factors. These are used to convert part of a pension into a lump sum on retirement.

The FRC found as a result of the freedoms, the volume of work on reviewing trivial commutation factors also increased. These are used to convert small pensions below a prescribed level into cash sums. Work on insufficiency reports, when trustees wish to reduce transfer values in underfunded schemes, also went up.

Stephen Haddrill, FRC CEO and chair of the JFAR, said: "As we know, the new pension freedom rules change the landscape for people saving for their retirement.

"It is vital, therefore, that the quality of actuarial work that supports the market is of the highest quality. As a result of this review, I'm pleased to see the JFAR has decided it will monitor ongoing transfer activity and related actuarial matters."

The review was conducted between April and October 2015. The findings were based on responses from 311 scheme actuaries, representing around 2090 schemes.