Many fail to protect valuables by not insuring them

Four in 10 people who own antiques or vintage items do not list them on their home insurance, according to research. 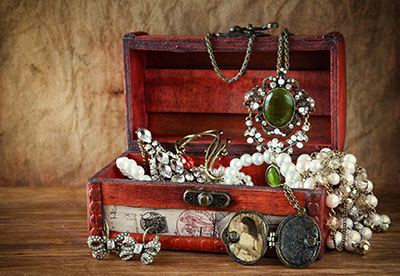 Direct Line, which carried out the study, said two in five (43%) of respondents owned vintage or antique pieces. However, of those, 41% claimed these were not accounted for in their insurance policy.

Based on a poll of 2,005 UK adults, many also failed on basic protection measures such as keeping receipts of major purchases, as cited by 46% of respondents, or photographing their home contents (85%).

The study also revealed almost half (44%) admitted they found it difficult to estimate the value of their personal possessions.

Nearly a fifth suspected they owned items that could be worth "a small fortune", but had never valued them.

The insurer said the study highlighted a "concerning trend" of people not interested in finding out the value of their contents. A third of respondents admitted they had never thought about having their possessions valued.

The firm also highlighted for 16% it was "too late" to realise they were underinsured after an unfortunate event such as a fire, flooding or theft.

Katie Lomas, head of Direct Line Home Insurance, said: "We urge people to regularly value their contents and make sure they are comprehensively insured on a policy that protects the full value of their prized possessions. For many the impact of underinsurance is only realised when it's too late, but this is preventable.

"When purchasing expensive items, whether it is a TV or a piece of jewellery, we would always advise people to keep a receipt. Regularly photographing the contents of your home is also an easy way to help keep a visual inventory."