Climate change risk should be treated like any other risk, event told

Pension fund trustees and investors should treat climate change risk like they would any other significant risk, according to David Adkins, chief investment officer at The Pensions Trust. 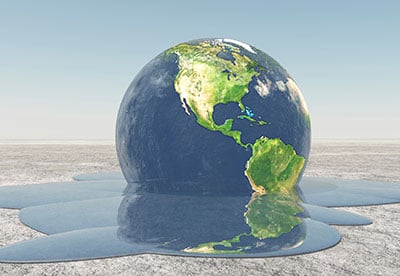 Adkins explained the deal made during the UN conference on climate change in Paris, where global leaders agreed to keep to a temperature increase below 2°C with an attempt to limit it to 1.5°C, would have "far reaching implications" for companies and assets that pension funds invest in.

Speaking at an investment conference in Edinburgh, organised by the Pensions and Lifetime Savings Association, he said the risk "is not going to go away soon" and urged the industry to think of their responses to the risk.

"Work out what your scheme's response is going to be. Any personal views you might have on the causes of climate change, or even whether climate change is happening, is of secondary importance," he said.

"What matters is that the collective belief around climate change risk is going to influence inter-government policy and the development of alternative energy sources for decades to come."

Adkin also told the conference pension funds should focus on financial arguments rather than emotional ones. He said climate change continued to be treated by many in the investment industry as an ethical issue, and therefore it was prioritised as one.

"I think that's a financial mistake," he said, highlighting that climate change could potentially impact on financial stability, rather than emotional ethical issues.

Adkin also argued that since the risk was likely to impact some sectors and asset classes more than others, investments would be handled better by an active fund manager than within passive index funds.

"A simple example is the so-called stranded asset theory," he said. "The idea goes that some stock valuations are dependent on fossil fuel reserves held deep underground that will never be extracted and sold profitably.

"Being left as an owner of such stocks means losing money at some point in the future once this risk is fully priced-in by the markets. I think active fund managers, those who themselves understand climate change risk, are better placed to profit from this."

This article appeared in our March 2016 issue of The Actuary.
Click here to view this issue
Filed in
03
Topics
Environment