Consumer website Which? is calling on the UK government to use the forthcoming budget to introduce a pensions dashboard without delay. 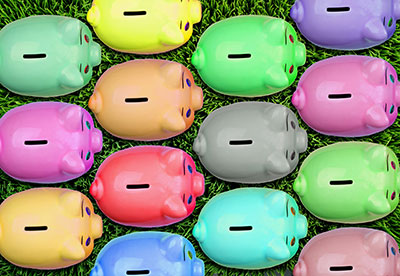 Which?'s call followed a survey of 674 UK adults aged over 50, employed and with a personal pension. It found 47% were not confident about the money they had saved for retirement.

Which? executive director Richard Lloyd, said: "A pensions and savings dashboard would go a long way to providing people with a complete picture of their retirement fund and, in turn, help them make the right choices.

"We are calling on the government to use the budget to push ahead with this idea and help people to secure better retirement income."

The survey also reported 21% respondents had never checked the amount they had saved in total in their pots. Four in 10 (37%) experienced difficulties in keeping track of their records.

Another third (34%) described doing this as "time consuming" while a fifth said they would not know how to find out about the details of their pots.

Lloyd said: "Deciding on a retirement income is one of the most complex financial decisions people face, but it can be difficult to find how much money you have built up over your working life."

The Association of British Insurers (ABI) described the pensions dashboard as "an important step to engaging customers and bridging the savings gap". The trade body and member firms are participating in the project led by the Money Advice Service to develop the dashboard proposal and identify key barriers to it.

Rob Yuille, ABI's manager of retirement, said: "In order for this to be driven forward, the industry, regulators, government and consumer organisations will need to work together to take key decisions and make it happen."