The proportion of people who have a workplace pension in 2015 is 64%, up from 59% in the previous year, according to a report by the Office for National Statistics (ONS). 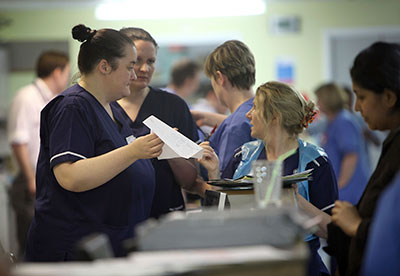 It explained this was caused by increases in the membership of occupational defined contribution (DC), group personal and group stakeholder schemes. The figure is the highest since recording began in 1997.

However, the ONS noted there were differences between sectors. Nearly nine in 10 (87%) of public sector employees had workplace pension, compared with 55% of private sector workers.

Defined benefit (DB) schemes represented 45% of all types of pensions and these remained the largest group, despite increases in other categories. DC schemes accounted for nearly 26% of pensions.

TUC general secretary Frances O'Grady said: "Automatic enrolment is transforming pensions by boosting the number of workers who are saving for retirement. It's especially good news to see a big increase in young workers with a pension."

The report found for employee contributions, 60% of people working in the public sector and 15% of those in the private sector contributed 6% or more of their earnings to their retirement.

Some 40% of workers in the private sector paid under 2% of their earnings into pensions in 2015, whereas in the year before 33% made the same contributions. The ONS said the increase was likely to have been driven by current minimum contribution levels for automatic enrolment.

For employer contributions, half (51%) of public sector workers and 6% of those in the private sector received between 12% and 15% from their workplace.

Half (50%) of people in the private sector received under 4% from their employers in 2015, compared with 43% in 2014. The ONS said the growth of this proportion may be explained by new members automatically enrolled a pension with initial minimum employer contributions until the phasing of contributions is completed in 2019.

The total minimum contribution currently stands at 2% but will go up to 8% from April 2019.

O'Grady said: "But getting more workers enrolled on a pension scheme is not enough alone. We need to build a consensus on how higher pension contributions can be achieved, or many people will find they have too little income to get by in retirement."