Changes to pensions tax relief may encourage employers to look to reduce the generosity of their contributions, an advisory firm has said, ahead of the next budget taking place on 16 March. 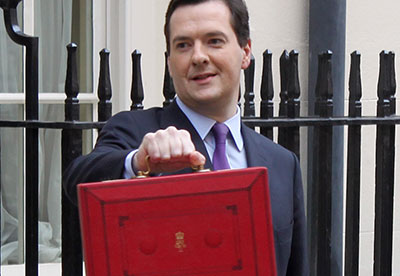 Based on a survey of more than 200 UK senior business executives, over 40% said, assuming it was legally possible to do so, they would reduce contributions if the UK government introduced changes that could be more expensive to employers, such as making employer national insurance contributions payable.

Grant Thornton, which conducted the research, also found 70% agreed "constant tinkering" with regulations made pensions difficult to understand for workers.

Chris Faulkner, the firm's associate director, stated the Treasury could announce one of several options, including: adopting a flat-rate tax relief for all - estimated at between 25-35%, introducing an Isa-style tax system, abolishing salary sacrifice, or potentially withdrawing pensions tax relief entirely.

"Our experience, and that of most providers we've spoken with, is that most employees rarely make any decisions about their pensions, leaving it to their employers to determine their current contribution and ultimately, future savings," he said.

Faulkner added if changes were introduced to make pensions more attractive for the majority, for example, by introducing a flat rate of tax relief at around 30%, there could be "unintended consequences".

He said: "If pensions were made less attractive for employers, total pension savings could actually fall, with the perverse effect of widening the pensions gap further - compounding the very problem that auto-enrolment was introduced to solve."