Pensioners 'exposed to risks they do not understand', report finds

People need much more help to make sure they receive a lifelong income from their pensions, according to a report. 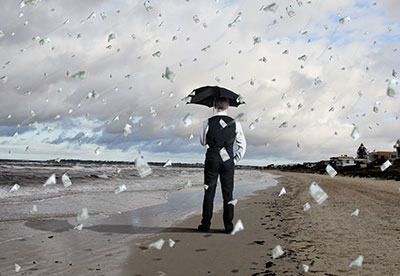 Published by the Independent Review of Retirement Income (IRRI) and commissioned by the Labour party, the document said millions of people were exposed to risks that they do not understand and should not be expected to manage themselves.

It said pension reforms, which were introduced in April 2015, had been widely welcomed. However, under the new freedoms, there are "significant risks" in defined contribution (DC) schemes to do with investment, inflation and longevity.

The review called for a combination of measures to help individuals, including "safe-harbour" products.

The IRRI explained the safe-harbour plans would involve a decision tree with a limited set of pathways, allowing people to get the best combination of retirement products given their assets, liabilities, health status, family circumstances, tax position, and risk appetite and capacity.

The review also argued that people were not saving enough for retirement, and recommended a savings target of 15% of lifetime earnings, achieved through auto-escalation, to avoid future pensioner poverty.

David Blake, chair of the IRRI and director of the Pensions Institute at Cass Business School, said: "A great deal of effort will now have to go into re-establishing what a good pension scheme is. This will need a commonly agreed national narrative.

"Without this, people's aversion to annuitisation combined with their willingness to pay highly for both flexibility and guarantees could leave them worse off than if they purchased an annuity to begin with. This is a significant challenge."

Meanwhile, John Cridland has been appointed as independent reviewer of state pension age.

According to the Department for Work and Pensions, the 2014 Pensions Act requires the age to be reviewed during each parliament. The review is to consider changes in life expectancy, wider changes in society and to help ensure that the state pension remains sustainable for generations to come.

Tom McPhail, head of retirement policy at Hargreaves Lansdown, said: "We fully expect state pension ages to go up faster than currently planned, and those joining the workforce today are likely to find themselves waiting until their mid-70s to get a payout from the state system.

"This is simply a function of the big jumps we continue to see in life expectancy, which the state pension can't hope to support without costs spiralling out of control."