Peter Johnson was an eminent and respected General Insurance actuary whose charisma and innovative thinking made a significant impact on our profession. 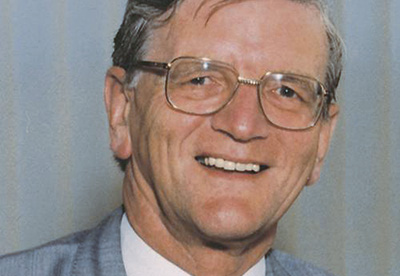 Peter Johnson was an eminent and respected General Insurance actuary whose charisma and innovative thinking made a significant impact on our profession.

Peter was born in Carlisle, where he spent his formative years before moving to Buxton at the age of 14. His zest for learning led to academic excellence across the curriculum and the award of an exhibition to read Mathematics at Selwyn College, Cambridge.

After graduating in 1952, Peter took up employment at the Co-operative Insurance Society, Manchester, qualifying as an actuary in 1958. He was committed to co-operative principles and spent his whole career at the CIS, where he became Deputy Chief General Manager in 1987 - the position he held until his retirement in 1994.

Peter was a leader in the development of the understanding of General Insurance by UK actuaries, and his 1971 sessional paper Statistical Studies in Motor Insurance, co-authored with the late Brian Hey, was the first paper on non-life insurance presented to the Institute. It contained many innovative ideas and detailed actuarial analyses, upon which the approach used by the Motor Risks Statistics Bureau was subsequently based.

Over the years, Peter was a very active participant on the General Insurance Joint Committee of the UK actuarial profession, and he was one of the early members of GIRO, the annual UK General Insurance convention. Like many actuaries, I first came across Peter when he was 'Mr GIRO' in the chair. His impressive performances attracted respect from all attendees and his depth ofknowledge, notable witticisms and catchphrases were a hallmark of his chairmanship: "I could only produce a long paper as I did not have the time to produce a short one."

In 1993, our profession awarded Peter the prestigious Finlaison Medal in acknowledgement of his pioneering work in the field of general insurance. As the president said when presenting the award, "Peter is an extremely well known and highly respected figure in the world of international actuarial affairs, and he regularly attends and contributes to ASTIN colloquia. His papers are models of lucidity, and he has a keenly developed sense of humour."

At such colloquia, Peter was concerned not only with promoting the work and views of UK general insurance actuaries to a worldwide audience, but also with researchingwhat actuaries were doing in other countries.

He valued the long-lasting friendships made with actuaries from all parts of the globe and he was also known for the support and encouragement he gave to younger actuaries along their career paths.

Peter was exacting about the correct use of language and had a lifelong passion for crosswords - the harder the better. He would avidly polish off The Listener crossword and, on one occasion, remarked that he had solved all the clues but had still to determine how they were to be entered into the grid. He was also an accomplished bridge player and partnered his late wife, Frances, in matches in the Manchester Bridge League.

Peter was a man of prodigious talent, integrity and enthusiasm who, during his highly successful career, made a considerable contribution to the actuarial profession. He will be greatly missed by his family, friends and colleagues.

This article appeared in our March 2016 issue of The Actuary.
Click here to view this issue
Filed in
03
Also filed in
People & Social News