Insurers face six potential trends that could affect their mergers and acquisition (M&A) planning in 2016, according to a report. 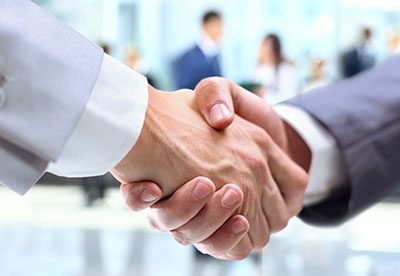 The 2016 Insurance M&A Outlook report lists these drivers as: the environment, regulatory developments, reasonable valuation, continued demand by foreign buyers in the US market, increase in fintech transactions and investment activity by 'alternative capital'.

The report, published by Deloitte, warned of potential areas of uncertainty that might affect activities. For instance, in the US, insurance executives "should be mindful" of potential impacts from fluctuating economic conditions, volatility in the US equity markets, rising interest rates and the 2016 presidential election.

The firm said regulatory developments could affect insurers' M&A planning such as capital requirements. For example, the Solvency II directive in Europe could create opportunities as smaller players may be unable to achieve the scale necessary to remain profitable under greater capital requirements, heavier compliance and reporting burdens.

'Reasonable valuation' could also lead to an increased supply of acquisition targets, said Deloitte. It explained a major barrier to more activity was not having enough available sellers, but a current valuation and pricing could help improve the situation.

The report also found there would be continued demand by foreign buyers to invest in the UK market. It said Chinese and Japanese investors saw US insurance assets as valuable additions to their portfolios and are often willing to bid aggressively because they view M&A "through a longer-term lens than many domestic buyers".

The document went on to say transactions with start-up financial technology (fintech) organizations would increase in number and strategic significance.

"Insurance companies with old, legacy systems may try to acquire assets that can help them establish or expand their digital capabilities, become more efficient, and appear less stodgy to younger, technically savvy consumers," said the report.

"If fintech entrepreneurs can create a capability to help an insurer's core business become digitized, there will likely be huge revenue/profitability potential."

Meanwhile, private equity firms, hedge funds and other sources of alternative capital will continue to shop for insurance properties in 2016, according to Deloitte. However, it added: "The industry's lower and/or longer-run rates of return may leave the window open for capital-rich strategic buyers that can offer a better price and create synergies that trump financial buyers.

"By many measures, the environment appears conducive to continued insurance industry M&A in 2016: many corporate balance sheets are flush with cash, companies have access to debt and equity markets, and the economy appears stable," said the report.

This article appeared in our February 2016 issue of The Actuary.
Click here to view this issue
Filed in:
02
Topics:
Professional